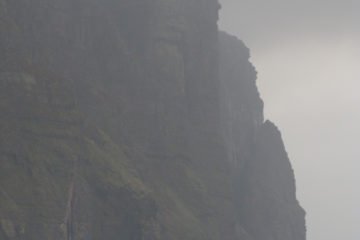 Friday Photo #15 The Cliffs of Insanity

These are not actually The Cliffs of Insanity, as everyone knows they are in Ireland. Or, really, they are in a book and a film, that portion of which was filmed over at Moher. Instead, these are the sea cliffs at St. John’s Head, on the island of Hoy, Orkney. Read more… 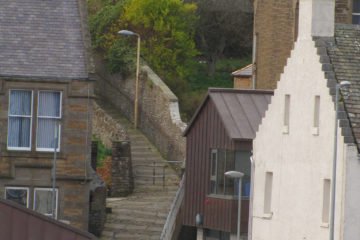 This is Stromness. More specifically, this is a path up the hillside, from near the harbour towards the primary school I attended, once upon a time. Stromness remains the only town or village I have ever felt close to calling home. Stromness features heavily in my oh-so-very-nearly completed novel, current Read more…

I was recently doing some research, looking at the island of Stronsay, in Orkney, when I noticed something interesting. Using the internet for research is full of peril, fraught with misinformation and potential downfall, but it has become my principal default method, assuming I follow careful protocols… This is a Read more…

When I was young I wanted to see the world. I wanted to explore the unexplored, find hidden cities and lost tribes (never once thinking that these tribes were unlikely to have counted themselves lost), uncover ancient treasures and discover species new to science.

I pored over the literature I had access to at the time (in those distant pre-internet days), whether my parents’ ample collection of books, my own burgeoning supply, or the library (school or otherwise). I would read fictional tales of these adventures: Willard Price, Arthur Conan Doyle, Johann Wyss, Daniel Defoe, R.M. Ballantyne or Gerald Durrell being just some of the authors I admired and devoured. I would also work my way through the non-fiction selection, again including tales of real life explorers and, especially, works about the natural world — particular favourites being David Attenborough and Gerald Durrell (again – The Amateur Naturalist is a book I returned to, and still do, over and over).

Jardin du Luxembourg, Paris. For this piece I will decorate with a handful of Parisian snapshots, seems to make sense.

END_OF_DOCUMENT_TOKEN_TO_BE_REPLACED

By amcdotcom, 5 years2 years ago

The Foot of the Bed: A True Ghost Story

It was a dark and stormy night.

Actually, this is a lie. It was a clear, windy, and typically Northern-Scottish-Autumn night, with the moon and stars shining through the sloped window in my attic bedroom. I had no blind or curtain, not a problem in winter, but at this latitude summers are light, all night.

Same moon, different Scottish waters. This was from my first long wilderness adventure out west.

We had moved to our third (and final, it would turn out) house in Orkney in order to spread. I now had five younger sisters and space had become a premium. I loved this house, built in the eighteenth century, allegedly by wreckers, those men and women who lured passing ships onto knives of rock and stole the cargo. The house was squat, stone and smelled of the earth, of old places. END_OF_DOCUMENT_TOKEN_TO_BE_REPLACED

By amcdotcom, 5 years2 years ago

While I was working on choosing photos to complement the words I narrowed down a (very) long list of tree photos I have taken over the years and, instead of just using those which seemed to fit best, I decided to keep the short list of thirty-two together in a gallery on Flickr. You can go see (and download for personal use, should you desire) the original images here, but I thought I would share lower resolution copies below for today’s post.

END_OF_DOCUMENT_TOKEN_TO_BE_REPLACED

By amcdotcom, 6 years2 years ago
We use cookies to ensure that we give you the best experience on our website. If you continue to use this site we will assume that you are happy with it.OkNo thanksPrivacy, Disclosure and Cookie Policy