I suppose this is a good time to discuss Twitter and other social media.

I, like many others, followed the recent debacle regarding the announcement Jonathan Ross would be hosting the Hugo awards this summer. I watched as people took to Twitter to voice their opinions in increasingly unconstructive ways and then I stopped watching as it became crueller and crueller. I am not going to delve deeply into the matter here, or into the whole slew of issues the SFF world is slowly attempting to deal with; perhaps I will one day, but not now.

I left Facebook behind some years ago, not long after I had left behind the city I lived in. My reasons for doing so were both complex and simple. I found this process of abandonment both liberating and stressful. I still do. I miss some of my friends and have absolutely no idea what many of them are doing. I do not know if they are well, whether they have married, divorced, had children, or even died. I miss this news, this connection.

I began to question whether I needed the site.

In the past, I kept an anonymous Twitter account; anonymous because I did not want my “real” friends to find it, did not want them to see how I openly discussed our relationships. At the time Twitter was an exciting place to be. One could interact with others, people one admired, and do so predominantly in a positive way. Now it seems it is a colder place, as the world seems colder. It is full of the vitriol and anger some of the population of this planet seem to think they need to survive. A lot of aggressive territory marking.

There is much wrong with the world, I know this and have personally witnessed and experienced things I would not wish on anyone. Yet, I do not think our current tendency to attack others on the internet is helping. All it does is destroy communities, confidences, trust. Do not get me wrong; I am all for constructive criticism, but I am wholeheartedly against the bandwagon-jumping Twitter-storming hate-mobs we see with depressing regularity.

In a future post I would like to talk about the interaction between a writer and a reader, how a novel (for example), once released to the public, is no longer the sole property of the author. It become amorphous, the edges and boundaries no longer clear cut and or defined. I believe interaction, whether through face to face contact, through interviews, discussions, panels, social media or any other form you can think of can be exceedingly useful and positive for the writer. Right up to the point where it ceases to be constructive and simply becomes bullying, or harassment. A reader has every right to voice their opinion, their take on the story, their ownership of the fandom, as it were. They do not have a right to be personal or vindictive.

I do not use Twitter any longer. I have my accounts still, just in case, but I find the place saddens me.

Similarly, I rarely look at comments on blogs or news stories, unless I know they are a “safe place”. Too often petty-minded and cruel people twist a topic, find some way to attack an individual, or simply abuse others.

This is the world I live in, I know that.

But it is not the world I want to live in.

For this reason, I very much doubt I will be resurrecting my Twitter or Facebook pages. I do not want to leave myself open to attack, whether from strangers, readers, or even those I know. Why would I put myself in that position? All I want to do is tell some stories — stories I believe need to be told, need to address some of what is wrong with this world. I want people to enjoy them, but if they don’t, I won’t mind. As long as they don’t turn their dislike into cruelty.

We are better than that.

I hope I live to see the day where our species reaches its full potential. I do not think I will, and I worry about where we are heading, but it is good to dream these dreams. To think that we can shape a golden future, full of caring, full of knowledge and art and respect. It can be done. 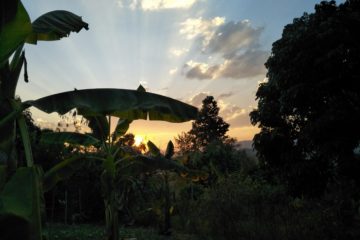